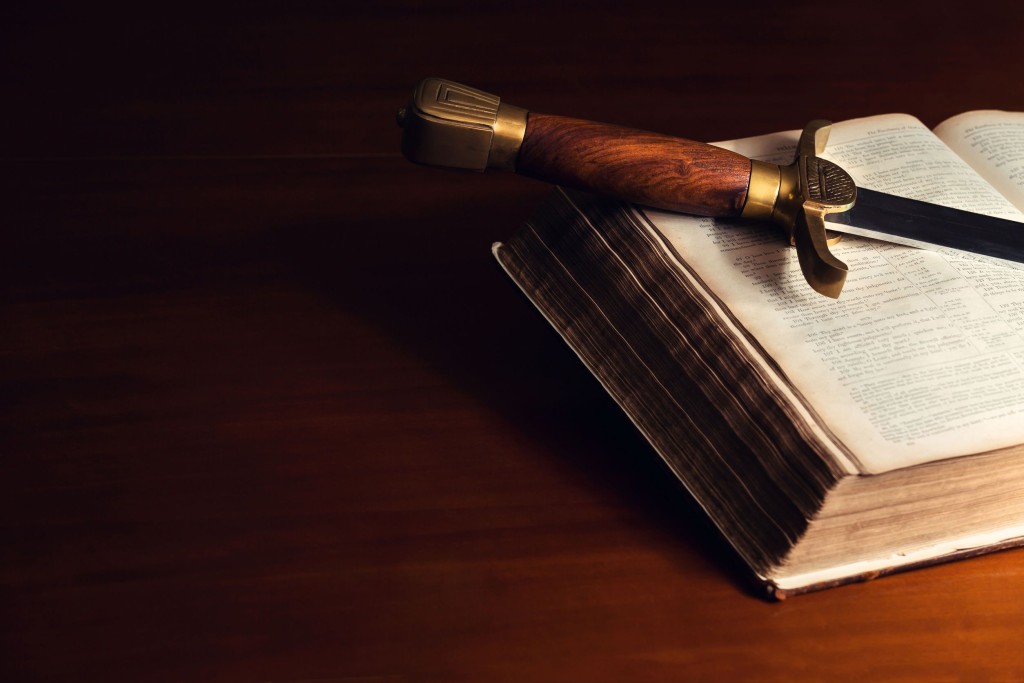 Learn the Art of War for Spiritual Battle

“Prepare for battle! Soldiers at attention! Present arms! Advance! Turn your shovels into swords; turn your hoes into spears. Let the weak one throw out his chest and say, ‘I’m tough, I’m a fighter.’”

The call to arms to pray has never changed since the prophet Joel wrote these words.

Today, with all the turmoil in the world and in our lives, I want to share some thoughts from The Art of War for Spiritual Battle—a powerful prayer strategy book that is very close to my heart.

Although prayer is the simplest of practices, it is also the most mysterious of spiritual disciplines.

Within prayer lies the master key to everything God wants for you and those you love, and yet no other aspect of following God seems more difficult to fathom.

While bowing your head and turning your thoughts and words toward God is as easy as sitting down to coffee with a friend, what transpires is the most multifaceted and mystifying journey in the universe.

Prayer is a quest surpassing anything you’ll ever read about in an epic novel or adventure story.

It is in prayer that we probe spiritual realities, communicate with God, access the arsenal of heaven, and expand God’s Kingdom on the earth.

It is as simple as pulling aside to a quiet place and opening your heart to God, and as dynamic as tapping into the power and imagination that created the cosmos.

Prayer gives heaven permission to invade earth. Through this discipline, we are able to pray heaven down to keep hell from rising.

You must fully embrace that God will never abandon you, but is ever-present wanting to work His will in your life. As Theresa of Avila said: “All difficulties in prayer can be traced to one cause: praying as if God were absent.”

God is right here with you, living inside of you, ready to release His Kingdom through you, because “the Kingdom of God is within you” (Luke 17:21).

Every believer is equipped with an arsenal of incredible life-altering and world-changing power.

For those who rightly esteem the privilege of accessing God’s armory of possibilities, each word spoken through or by that person holds enormous, innovative potential and creative power.

The Father has entreated each one of us to be involved in a dialogue that marshals angels and sets forth the weaponry of war—weaponry that impacts the spiritual realm and affects how events unfold in the natural world.

God is waiting for those who have the courage to step up and take their place in the highest ranks of His army.

God has enough privates; what He desires today are generals who will pay the price of dedication and discipline to hear His divine strategies and implement them upon the earth.

By going into prayer, rather than striving with those around you—using worldly tactics hampered and confused by human motives—you signal your dependence on God and your trust in Him as the source of all real hope. You acknowledge that the only things that will last are those born in the strategic command center of His throne room.

Communicating with God declares your commitment to seek His strategies and care for the objects of His affection.

God’s communication with you marks the anticipated change of regime as “The kingdoms of this world are become the kingdoms of our Lord, and of his Christ” (Revelations 11:15).

It shows your intention as a believer to annihilate barriers and hindrances—those things that divide the army of God into factions and divisions the devil can manipulate and keep ineffective—refusing to erect your own throne and kingdom where only His is intended to be.

Your times of intense prayer will not only affect present circumstances and conditions, it will also give you a future hope.

Whatever God births through you in prayer, He is also required to sustain.

You see, it doesn’t matter what human beings formulate, plan, and strategize upon the earth, for all of it will ultimately come to nothing.

Your heavenly Father is a big God who created a big world for you to do something big in. He is always trying to communicate with you. Prayer is the means by which you engage Him in the affairs of your life and of this world.

There is a big conversation going on. God is sharing some big ideas.

What you need is to get in on the big conversation going on in heaven’s war room right now. According to Jeremiah 7:13, God is always speaking. Are you listening?

If you participate in prayer correctly, consistently, faithfully, and persistently, God will let you listen in on that conversation and overhear exactly what it is you need to do to continually advance in your life, fulfill your purpose, and maximize your potential.

The problem is, as with any form of communication, correctly interpreting what you are hearing can be tricky.

The communication of heaven is seamless and eternal.

Yet heaven’s communication is easily lost here where we live in the massive stream of constant stimuli and static.

This is why you must consistently clear your calendar and reconfigure your daily agenda so that you can learn the art of strategic prayer.

This will allow you to plumb the depths of the spirit, to navigate new spiritual terrain, and to conquer old enemies of your soul.

Develop within you the “knowing” that you have received the messages sent.

Prayer creates hedges of protection that keep you and your loved ones safe, provides the strategies of heaven that will give you victory, knits you together with others of like precious faith to form the army of God, and builds within you the strength of character to see the battles through to their victorious end.

Without these principles and practices, you can argue with people until you are blue in the face about the truths of God, and all they will do is laugh—but by utilizing your prayer arsenal you grant God permission to intervene so that even the most hard-hearted will topple to their knees before His throne.

There is a war being waged for the souls of the earth, and if you haven’t stopped to look lately, the good guys aren’t gaining much ground.

The only way to turn that tide is to fight again like the evangelists and revivalists of old did.

I’m not saying we need to go back to their methods necessarily, but we do need to get God’s strategic directives for our time just as they did for theirs.

God is looking for leaders, for generals, to organize and lead that charge, but He first needs to know that they are skilled and disciplined in the art of spiritual war.

Are you willing to do what it takes to be among them?

I believe that we are in a generation that will again see great generals of prayer—but it will not come easily.

Like the five virgins who ran out of oil waiting for the bridegroom to come and thus missed the wedding celebration, this call will pass over those who are not filled with the Spirit to the point of having more than enough.

Will you be one who grabs hold of the strategic concepts of spiritual war to change your city, your state, your nation, and your world?

Or, when Christ calls, will you be caught ignorant, unprepared, and lacking?

God is waiting for you to step up and become a disciplined leader in His army—a leader who knows how to employ His tactics with precision and unleash His cosmic weapons of mass salvation.

Are you ready to enlist in the ranks of God’s generals of prayer? Training begins now.

“For though we walk in the flesh, we do not war after the flesh: (For the weapons of our warfare are not carnal, but mighty through God to the pulling down of strong holds;) Casting down imaginations, and every high thing that exalteth itself against the knowledge of God, and bringing into captivity every thought to the obedience of Christ; And having in a readiness to revenge all disobedience, when your obedience is fulfilled.”
2 Corinthians 10:3-6