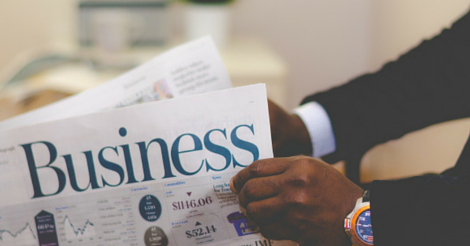 “Remember me, Lord, when you show favor to your people…that I may enjoy the prosperity of your chosen ones.”

For many people, achieving financial prosperity seems like wishful thinking…maybe you feel the same way.

You’ve dreamed of getting ahead, but never seem to be able to move beyond simply paying your bills.

Understanding the principles of Kingdom Economics and Biblical Finance—one of the eight paradigm-shifting courses I’ll be teaching at Kingdom of School of Ministry July 11-16—will empower you to prosper.

Contrary to common perceptions in the Body of Christ, God wants you to prosper!

Throughout Scripture, we see that God not only gives His servants opportunities to prosper, He also delights in their prosperity.

Firmly grasping the rules that govern this discipline equips believers to not only take authority over their own wealth, but to also tap into the limitless resources available for Kingdom growth and advancement.

The fundamental principles that release God’s provision to His people are clearly outlined in His Word.

Throughout the Bible, God uses everyday examples to illustrate these laws and principles, yet we sometimes miss their significance because we don’t live in the cultural context of that era.

The blessings listed in Deuteronomy 28 are a case in point. Here you’ll find a wealth of insight about financial prosperity and how to grasp hold of it.

“The Lord will command the blessing on you in your storehouses and in all to which you set your hand.”
Deuteronomy 28:8

Even as Jesus spoke to the people about material possessions—“One’s life does not consist in the abundance of the things he possesses”—the agrarian use of storehouses was key to understanding what He meant.

As outlined in the writings of Moses, the Hebrews farmed and measured what they needed each year in terms of storehouses. These storehouses were where they housed and kept their produce safe until another harvest could be gathered to replenish the previous year’s storehouse.

According to God’s dictates, farmers would plant a field for six years and then rest the land during the seventh to give it a Sabbath—in the same way, they worked six days each week and took the seventh off.

This cycle required the farmer to have the equivalent of three storehouses.

To make this simpler, let’s use one commodity—such as grain—to represent all that the farmer, his family, his workers, and his livestock would need to survive one whole year.

The farmer would build one storehouse in order to hold all that he and his estate needed to survive for the year, pulling from it slowly as was necessary. He would sell some to buy provisions in the marketplace, but otherwise, they lived off of what he’d saved.

As all farmers know, there are good years and there are bad years.

If a farmer only kept one storehouse and his crops failed for any reason from drought to locusts, then he would have nothing to feed and maintain his farm until another crop could be harvested.

In the sixth year, before they were to rest the land for a year, God would cause the land to produce threefold, so that they would have enough in store for the year of rest, enough leftover to plant the following year, and still more to live off while that grain was growing.

Storehouses were there to catch the extra blessing of God.

This way, the grain wouldn’t be spent all at once and not be available for when it was really needed.

So, the Israelites were used to living with at least three storehouses of grain at all times. This was the responsible way to live—with two or three years of income stored away to cover their needs. To have less was foolhardy; to have more was unnecessary.

Two to three years of reserves was all the grain they needed at all times unless there were catastrophic problems like multiple years of drought, war, or famine.

Wisdom dictated they have at least three storehouses…

…faith and their relationship to God would take care of the rest.

This tells us that the people whom Jesus spoke to were accustomed to having more than enough at any one time.

They were so used to this, in fact, that it was something that was in the background of everything Jesus said about God’s provision—He never had to mention it because it was a given.

People didn’t live hand-to-mouth unless they were beggars. They didn’t spend this month’s paycheck to pay for this month’s rent or have to wait until payday to buy groceries because they had nothing in their “checking account” (yes, bank accounts are a form of storehouse).

There was only so much grain in the storehouse—once it was empty, there was no more.

In that respect, storehouses are very different from bank accounts today. If we need more, we can always borrow—and that is where many of us get into trouble.

When we get used to using short-term credit card debt to fill in the gaps from the end of our paychecks to the end of our months, we begin to think of our credit card limits as where we need to stop spending, and for anyone who starts bumping up against those on a regular basis, debt becomes an almost inescapable trap.

That is why budgeting is so important.

Each budget category is like a storehouse, if we keep our budgets correctly. When the money in that category is gone, we stop spending until another check arrives and we have more to put into it.

If you follow the advice of money teachers such as Dave Ramsey or Larry Burkett, you will have little “storehouses” for your monthly spending—what they call the “envelope system.”

This works by labeling envelopes for all of the most important expenses each month—such as the “four walls” of your house: 1) rent/mortgage and utilities, 2) food, 3) clothing, and 4) transportation expenses—putting money into each at the beginning of every month or week, and then never spending more on those expenses than are in the envelopes.

At the same time, our budgets should include bigger “storehouses” for things such as an emergency fund, a college fund, a fund for health and car insurance, and a retirement fund for the day we can pay ourselves to do what God wants us to do.

The more wisdom you can obtain in this area, the better.

When Jesus tells the parable of the Rich Fool in Luke 12:16-21, the audience He spoke to knew that storehouses were important for survival. They knew they had to save in order to have several months of reserves in case of calamity.

At the same time, they knew that whatever they had beyond that amount was more than enough—and could be used to build God’s Kingdom and help others.

Today, we should have the same mentality of saving.

We should not only have money to take care of ourselves no matter what we face, but also, because we have determined the size that our storehouses need to be, whatever else can be given away or invested in others.

As Deuteronomy 28:8 makes clear, God blesses you and everything you set your hands to when you follow His mandates for how to manage your money—or, rather, His resources.

To learn more about how to live a richer life, get a hold of The Prosperous Soul, and be sure to enroll in Kingdom Economics and Biblical Finance at Kingdom School of Ministry July 11-16, 2016. I know it will change your life!