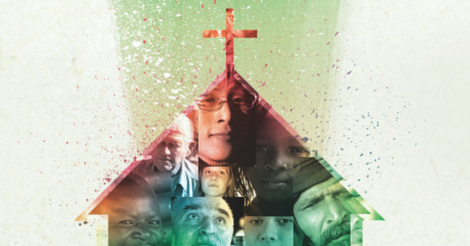 The Real Problem With The Church

“Know the state of your flocks, and put your heart into caring for your herds.”
Proverbs 27:23 NLT

Did you know that each year four times the number of churches close down than start up? Or that while the US population has increased by 11 percent, church membership is down by 10 percent.

Less than 20 percent of Americans attend church. Not only is that number continuing to decline, but of those who do attend, an increasing number are attending less frequently.

More than half of all churches have not added new members for years.

Fewer are affiliating themselves with any particular church or church denomination, especially among millennials. What has happened?

What’s wrong with the Church?

Have you ever considered leaving church? Or have you become more complacent about attending regularly? If so, why do you think that is?

Perhaps the problem is that we don’t understand the real purpose of the Church as Jesus intended it.

Why? Because when it comes down to it, our lack of understanding about the purpose of the Church is at the heart of what’s wrong with the world at large.

The error is the Bride of Christ’s lack of knowledge regarding her purpose.

Every individual who confesses Jesus Christ as Savior and Lord should, at some point, arrive at a place of seeking, understanding, and conforming to God’s purpose for His followers.

As members of His Body, we must each study to show ourselves approved as we are instructed in 2 Timothy 2:15:

“Do your best to present yourself to God as one approved, a worker who has no need to be ashamed, rightly handling the word of truth” (ESV).

Only then will the Church succeed in fulfilling God’s original intent and purpose for its existence: Making known the manifest wisdom of God.

The Apostle Paul wrote about the power of God in the life of the believer more than anything else, but where he did reference the institution of the Church and its role in the earth, he was very specific:

“His intent was that now, through the church, the manifold wisdom of God should be made known to the rulers and authorities in the heavenly realms, according to his eternal purpose that he accomplished in Christ Jesus our Lord.”
Ephesians 3:10-11 NIV

Make known the manifest wisdom of God to whom? To rulers and authorities in heavenly realms.

The Church as a corporate body is the governing entity charged with exercising authority over the powers and principalities that are currently holding the world hostage.

We are not called to take our battle to the streets, but to the heavens. Paul tells us that it’s not bad people that cause the bad things in our world to happen, but “spiritual forces of evil in the heavenly places”…

We “the Church” are the Body of Christ wielding all the power of Heaven just as Jesus did when He walked as a man on the earth.

It is clear then, when we use the term “church,” we are not talking about the four walls of a building, a preacher at a podium, and post-service prayer lines. We are talking about the Church within you, the believer.

In other words, the Spirit and mandate of Jesus Christ on display to effect change in your own life and in the world around you. “The Church” we attend on Sunday should be a training ground—a place where believers are equipped to take back territory stolen by the enemy—a place where believers join together to tear down strongholds and do battle in the heavenliness.

The English term “church” is derived from the Greek word ekklesia, which means “the called out ones.”

God has called us out of darkness into His marvelous light.

As it relates to the Kingdom of God, the Church, among other roles it plays, is an educational institution. This institution exists to transform individuals from citizenship to ambassadors.

The disciple, or “student,” learns diplomatic graces, receives a royal mindset, and learns how to navigate the earthly and spiritual worlds.

Individuals are also equipped to maximize potential and utilize divinely ordained gifts. Once you embrace the fact that you are valuable to the Kingdom of God, you will understand there are no limits to what God can do through you.

The Church must engage the powers that oppose God’s Kingdom.

Your eternal purpose is to demonstrate God’s authority in the earth realm as you manifest His presence and power. In other words, the Lord has need of the Church; and that church, my friend, is in you.

It is essential to understand that God is not in the business of limiting you, holding you back, or keeping you down…but in un-limiting you, lifting you up, and launching you out!

Too many churches are more preoccupied with members “toeing the line” as in “conforming to a rule of standard,” rather than the expression’s other meaning,”standing poised at the starting line of a footrace.”

You have a race to run. You are called not only to be a champion, but to champion a good cause. In fact, the very things that bother you, as a citizen of the Kingdom, also bother the King.

God placed you in the world to be a solution to its problems.

Are you ready with an answer when asked why you’re here? Do you understand your purpose? If so, is that purpose aligned with the purpose of the Church?

Whether you’re already living on purpose within the Church’s greater purpose, or hungry to learn more about both, join me this summer for Kingdom School of Ministry. You will walk away with a clear understanding of God’s purpose for you, His Church.

God intends to ignite your existence and, subsequently, your response to what He has in store for you and the world—as you fulfill your purpose.

“Always be prepared to give an answer to everyone who asks you to give the reason for the hope that you have.”
1 Peter 3:15